A Month of Surprises 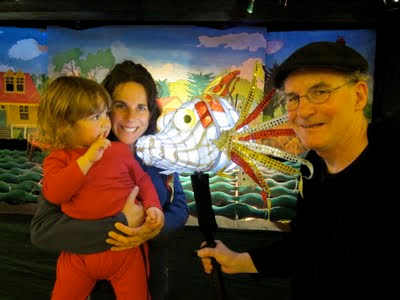 It's been so long since I last posted anything. No excuse folks, but in the past month, amongst other stuff, we have relocated from Sydney to Melbourne. Although it's still in Australia, or so they tell me, it's really like another country and the red tape has been horrendous. But now that we're based in the 'culture capital' of Australia, we have all sorts of new plans in the pipeline, so stay tuned.

We took our two-year old son, Idan (in the pic above), to watch Melbourne-based puppet company Dream Puppets performing 'Dreamer in the Deep' last week and he was blown away. In fact he doesn't talk about anything else now, so it looks like my prediction when he was born might just be correct? Take a look at my post from two-years back here!
Posted by Gary at 18:39