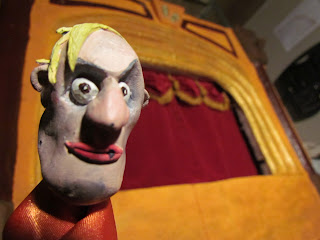 'Hilarious and tragic, side-splitting and surprising, you really will see nothing else like it this comedy festival!' The production is part of the Melbourne International Comedy Festival performing at La Mama Theatre. For bookings, click here.
Posted by Gary at 08:47