Bust the Budget Protest in Australia 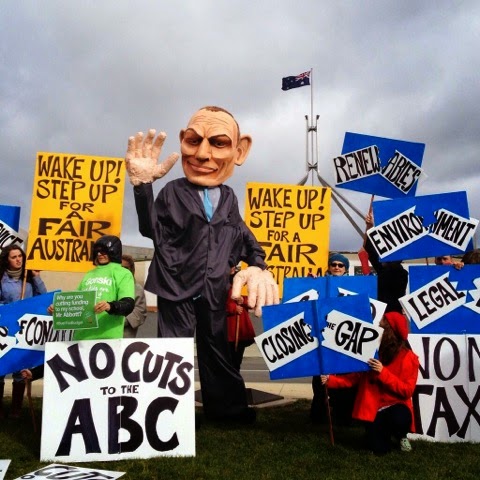 The 'Abbott Puppet' took to the streets in all the captial cities of Australia yesterday for a 'Bust the Budget' protest against the Prime Minister's new clamp down on the Australian economy. 'Tony Abbott is making life harder for people,' one of the protesters said. 'He's making life a misery for people who are unemployed and searching for work.'

The anti-budget rally in Canberra featured a three-metre Tony Abbott puppet with smoke coming out of his trousers.  Several hundred protesters converged on the lawns in front of Parliament House and chanted 'One term Tony' and 'Liar, Liar, Pants of Fire' at the puppet. The giant 'Abbott' was built by Canberra-based artist, Hilary Talbot and performed by local puppeteer Matt Armstrong. 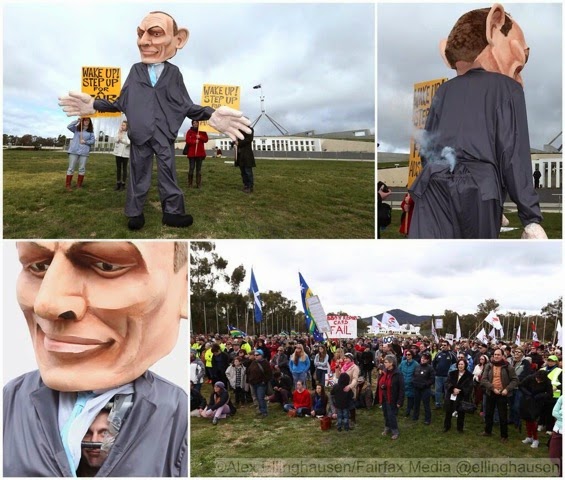 This comes hot on the heels on my own recent return from a world filming trip for our upcoming documentary film 'The Puppet and The Power'. More information on this will follow shortly, so stay tuned to our website here!
Posted by Gary at 09:42