Celebrity Apprentice 'Puppetry without the Penis' 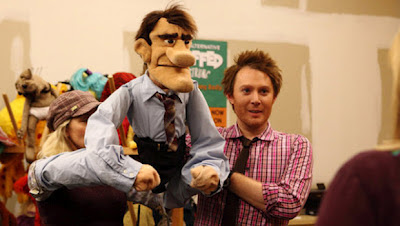 Said to be one of America's most watched television shows. 'Celebrity Apprentice' with Hollywood crazy Donald Trump, this week visit's Brian Henson's mad world of adult improvisational puppetry, Stuffed and Unstrung. You can even catch a snatch of their performance here!
Posted by Gary at 23:13