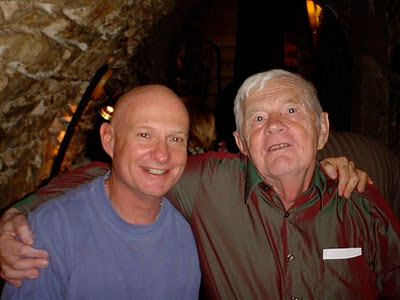 Yesterday was World Puppetry Day. As you might be aware, we are still traveling in Asia and it's not always easy to get the time or connection on the Thai island of Koh Phangan, where we are right now. But I would like to post the official UNIMA message written by my dear friend, Prof Henryk Jurkowski for the Worldwide Puppetry Day 2011:

"Here I am, in the town of Omsk in Western Siberia. I enter the ethnographic museum where my eyes are immediately drawn to the great display case where dozens of figures - idols of the Ugrofine tribes, the Menses and the Chantes, are to be seen. They seem to greet every visitor. My instinct moves me to respond and I greet them in return. They are magnificent. They represent a surviving trace of the spirituality of generations of primitive humanity. They and their imaginary world are at the root of the first manifestations and images of theatre, both sacred and profane.

Art collections are overflowing with idols and sacred figures which little by little fade from memory. But in the museums there are also puppets which even now guard the imprint of the hands of their creators and manipulators. In other words, these puppets retain traces of human dexterity, fantasy and spirituality. Puppet collections exist on every continent and in almost every country, the pride of their collectors. They constitute important sites for research, guarding vital memories while bringing important proof of the diversity of our discipline.

Art, as with many other human activities, is subject to two tendencies: unification and differentiation. Today we see the co-existence of the two tendencies in cultural activities. We clearly observe how easy it is to travel, in the air or via the internet, which multiplies the number of contacts we make in the various congresses and festivals, leading to greater unification. Soon we will indeed live in the global village of McLuhan.

This state of things does not mean that we have completely lost our feeling for cultural differences, rather that a great number of theatre companies will henceforward use similar means of expression. Styles of puppetry such as the ningyo joruri of Japan and the wayang of Indonesia have been assimilated both in Europe and America. At the same time groups from Asia and Africa are using European puppet techniques.

My friends tell me that if a young Japanese artist can become a virtuoso player of Chopin, so an American can become a master of /joruri /or a dalang performing /wayang purwa. I would agree with them, on condition that the puppeteer assimilates not simply the technique but also the culture associated with it.

Many artists have been satisfied with the exterior beauty of a puppet which nevertheless holds for the spectator the potential for discovering other forms of art. In this way the puppet invades new territories. Even within the actors' theatre, it has become the source of many metaphors.

The widespread presence of the ancient figurative puppet is now linked to a movement in inverse proportion to the territory it occupied before. This is due to the invasion of the object and, on an even bigger scale, to everything related to matter. Because every object, all matter, when animated, speaks to us, each demanding its right to a theatre life. Thus from now on the object will replace the figurative puppet, opening a pathway for the artist which leads to a new poetic language, to creations full of rich and dynamic images.

The imagery and the metaphors which were once characteristic of each type of puppet, distinguishing the one from the other, have today become a source of expression for each individual puppeteer. Thus we have a new single, poetic language depending not on a generic tradition but on the talent of the artist and his or her individual creativity. Unification of the means of expression has given rise to differentiation. The global village of McLuhan has become its antipodes. The various means of expression have become the instruments of an individual language which always prefers original solutions. Of course, the tradition of the figurative puppet has not disappeared over the horizon. Let us hope that it will always remain as a valuable point of reference."
Henryk Jurkowski – 2011
Posted by Gary at 01:20