Montenegro is Haff the Man 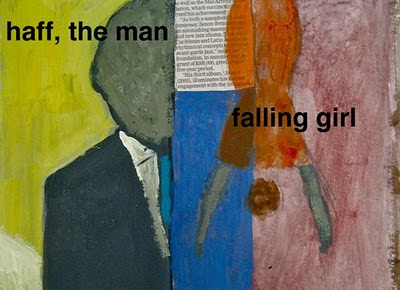 I remember the day in 2007, that we visited Chicago puppeteer, Michael Montenegro. He actually doesn't live in Chicago, but in the beautiful leafy burbs, his home surrounded by trees and wooden sculptures. And then I haven't heard much news from Michael, until I read that he has gone back into his exciting symbolist theatre with two new pieces, Haff, the Man and Falling Girl. Theatre Zarko is said to revive the meaning and value of Symbolist theatre in Chicago. The Chicago Theatre Blog discusses the fact that the show provides the best of both worlds. It contains all the immediacy and risk of live theater, while integrating light (Scott Lee Heckman), music (Jude Mathews), sound, projections (Ellen O’Keefe) and movement to almost pristinely pure cinematic effect. Even the performers’ stately movements – setting up between scenes – take on a ritualistic element within the overall performance, replicating the economy of modern poetry. Nothing is wasted. Every word, every sound, every puppet’s shaky gesture or turn of the head generates deep and lasting poetic impact. It runs until 21 November.
Haff, the Man: written and directed by Michael Montenegro
Falling Girl: co-directed by Ellen O’Keefe and Michael Montenegro  Noyes Cultural Arts Center, 927 Noyes, Evanston, Chicago, USA. You can watch a preview of the production here!
Posted by Gary at 16:39