The Puppet Centre, London, then and now.. 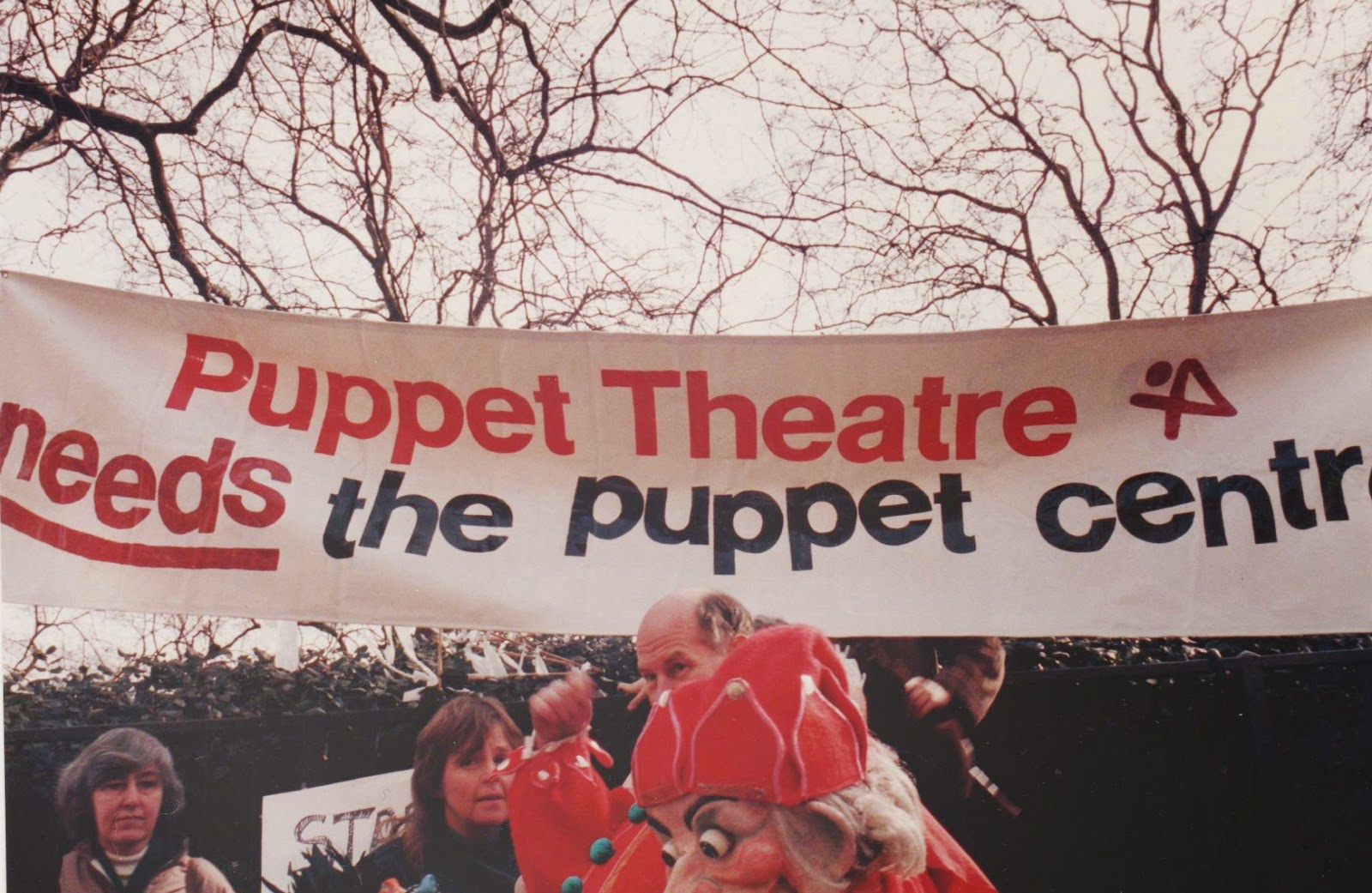 For those who follow 'Puppetry News', you would have read about the terrible fire recently, that almost destroyed the home to Puppetry in the UK for so many years. Well the fascinating history of the Puppet Centre has been documented by founder of the British Puppet Centre, Penny Francis.

When I attended my very first International Puppet Festival in London in 1979, many of these companies were still performing. Penny remembers what she calls "The Monster Festival, ‘Puppet Theatre 79’, run by Jan Bussell and me with Helen Gundlach assisting and a committee that included the Guild and British UNIMA, was held in 16 venues across London (Sadler’s Wells was the biggest: they staged the St. Petersburg State Puppet Company). It was designed to increase the public’s appetite for good puppet theatre. Even the National Theatre staged an exhibition in its foyers and presented a show by Christopher Leith which would have been in the Cottesloe theatre had the builders and staff not been on strike."

Penny even goes on to describe another wonderful episode in the history of the Puppet Centre in 1987, when once again, I was privileged to be a student on an international masterclass "Puppet Centre held its second International Masterclass on ‘Text into Performance’ in Norwich Puppet Theatre, again led by Jurkowski and Niculescu, with support from Barry Smith and Ray DaSilva."
So the stories and memories are plentiful, for those interested in the more recent history of British puppetry and the role the Puppet Centre has played.


The posts are written in five chapters, which, if you'd like to read more are listed here: Part One; Part Two; Part Three; Part Four; Part Five; Part Six; and Part Seven.
Posted by Gary at 17:43