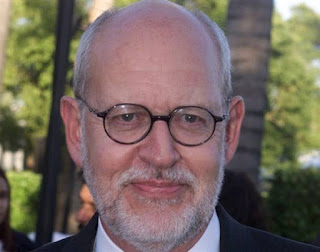 For generations of television watching children he voiced some of the lovable furry residents of “Sesame Street”.

On July 26 Frank Oz will be presented with a Lifetime Achievement Award by the Academy of Science Fiction, Fantasy, and Horror Films at the Saturn Awards. At 68; while honoured to receive the award, Oz feels that he is, “too young,” to be receiving such an award. “I’m too young to have had a lifetime. I feel like I have so much more to do,” said Oz

Oz met Muppet creator Jim Henson while he was still a teen of 17. The two year contract originally offered by Henson has turned into a lifetime of achievement. “I learned a huge, huge amount from Jim. I learned how to film from him, how to direct. We were like brothers working with each other,” said Oz.

He was born Richard Frank Oznowicz in Hereford, England to a Flemish mother and a Dutch father. The family moved to the United States shortly before Oz met Jim Henson.

Oz made his debut as one of Jim Henson’s puppeteers in the early nineteen sixties when he worked as an assistant for Rowlf the Dog operating the right paw on “The Jimmy Dean Show”. From there Oz went on to appear – or voice – over 100 films and television programs including “The Muppts Valentine Show” as the voice of Muppy, George, and Bert; 12 episodes of “Saturday Night Live”; “Emmet Otter’s Jug-Band Christmas”; ”John Denver and the Muppets”; “Star Wars: Episodes I, II, III, V & VI”, all of the Muppet Movies; “The Blues Brothers”; 117 episodes of “The Muppet Show”, “An American Werewolf in London”; “The Dark Crystal” where he also made his directorial debut; “Big Bird in China”; “Sesame Street Presents: Follow that Bird”; 15 episodes of “Muppets Tonight”; “The Adventures of Elmo in Grouchland”; 142 episodes of “Sesame Street”; “Monsters Inc.” and will appear in the sequel “Monsters University” when the movie comes out next year.

More than just the voice of Muppet characters, Oz has directed 15 films including “The Dark Crystal”, “The Muppets Take Manhattan”, “The Indian in the Cupboard”, “Bowfinger”, and an episode of the television series “Leverage”.

Oz said that he knew right away who Yoda was as soon as he picked up the character. For Oz the characters he has voiced for over 30 years are like his children and are not to be paraded around in the form of party favour impersonations. “If there’s no love, you’re doing it wrong. If you don’t love them, they’re not going to be great,” said Frank Oz when speaking on the characters he has voiced over the years.
(Sherrill Fulghum, allvoices.com)
Posted by Gary at 09:32