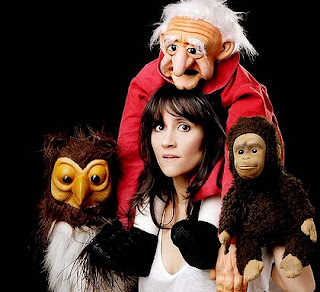 Conti, daughter of British actor Tom Conti, has had an extra-ordinary career in theatre, TV, radio and now film. I met her briefly, while performing at the Suspense Festival in London last November and was blown away by her stage presence and sense of humour. If you haven't seen her work, you ought to, so click here!

Conti is a global jet setter and besides her upcoming performances at The Little Angel in London, she'll also be appearing once again at the Udderbelly Comedy Festival in Melbourne, Australia in May-June. For tickets and information, click here.
Posted by Gary at 03:08