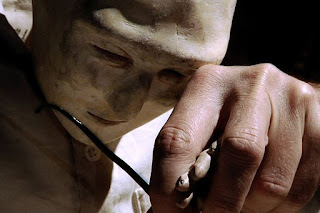 Bam festival 'Puppets on Film' is being launched in Brooklyn, New York on 12 November 2011. There are some great puppet classics being screened like 'Puppet' the new documentary that interweaves a broad look at the fraught history of American puppetry (its marginalization as children's theatre and its sudden explosion as high art) with an intimate thread following Dan Hurlin, a downtown artist, as he creates a complex puppet work about eccentric an Depression-era photographer; 'Being Elmo - A Puppeteer's Journey'; 'Rehearsal for a Sicilian Tragedy' by Roman Paska and John Turturro and the latest 'Muppet Movie' amongst others.

Long before computer graphics, fantastic creatures came to life as puppets made of foam, fabric, metal and wood.  Puppets on Film, co-presented with the Jim Henson Foundation, features fascinating documentaries about puppetry as well as a roster of fantasy films and shorts from the around the world. If you'll be around New York in November, take this opportunity to see some puppet gems!
Posted by Gary at 14:36