'Being Elmo' released at Sundance 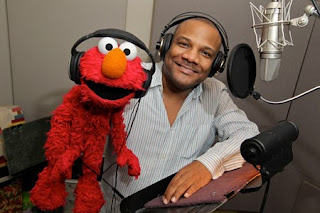 A bright new documentary film Being Elmo: A Puppeteer's Journey was released this week at Sundance Festival. It is a light-hearted documentary about the puppeteer behind Elmo. His name is Kevin Clash and this is his story.
Beloved by children of all ages around the world, Elmo is an international icon. Few people know his creator, Kevin Clash, who dreamed of working with his idol, creator of 'The Muppets', Jim Henson. Displaying his creativity and talent at a young age, Kevin ultimately found a home on Sesame Street. Narrated by Whoopi Goldberg, this documentary includes rare archival footage, interviews with Frank Oz, Rosie O’Donnell, Cheryl Henson, Joan Ganz Cooney and others and offers a behind-the-scenes look at Sesame Street and the Jim Henson Workshop.

There are a few previews of this fascinating film on the web. You can meet the directors here and get a taste of the film here!  The crowds at Sundance Festival went crazy when Kevin Clash discussed his life and adventures with Elmo. You can get a taste of this here!
Thanks to PuppetVision.
Posted by Gary at 08:21